Our mission at Access for Opportunity is to create a modern, dynamic, accessible housing development that will successfully remove many of the physical, social, cultural and financial barriers that limit people living with a disability.

Our goal is to provide all of the necessary elements that they need to live happier, healthier, more productive lives leading to independence and financial success.

Our desire is to provide people living with disabilities with opportunity – an even playing field where they can compete in a competitive world.

We are determined to remove the circumstances that seem out of a person’s control and instead create success in independent living and provide ACCESS FOR OPPORTUNITY. 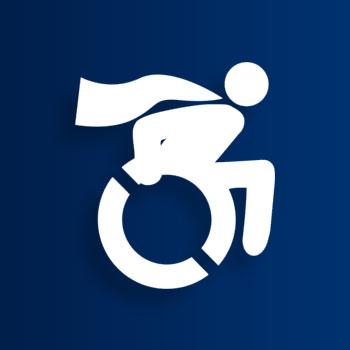 Edward Walsh, former National President of the Paralysis Research Organization and former assistant East Coast coordinator for a second national spinal cord Injury organization, is the Founder and President of Access For Opportunity.

30+ years ago, Ed was involved in a very serious automobile accident where he sustained a spinal cord injury, leaving him a quadriplegic and full-time wheelchair user. After nearly five months in the hospital and with his discharge date from the hospital looming ahead, he learned firsthand about the lack of affordable wheelchair accessible housing available for those who need it. He was shocked to discover that some of the waiting lists for this housing were ten years long or more! With his discharge immanent and no prospects available, meetings were held between Ed and the hospital staff to discuss the possibility of placing Ed into a nursing home. This would not be a temporary fix; it was presented as a permanent solution. He was only 27 years old, married with two small children.

Fortunately, Ed’s life would turn out different from most. Through sheer luck, an opening arose and he found an accessible apartment. After settling in, he began to put his life back together. He was equally lucky to have a strong network of friends and family who were able to step forward and help him after his accident. Generous volunteers raised money and a modified vehicle was purchased for him and he would learn to drive again. Through the help of a local nonprofit charity, he eventually became a homeowner and ultimately found employment.

Due to his own life experiences, Ed learned about the difficulties of finding employment for people with disabilities. He also learned how expensive it is to purchase wheelchair accessible transportation. Most importantly, Ed saw his many friends with disabilities that weren’t as lucky as he, struggling to live in housing that often wasn’t accessible. Other friends were pushed aside and completely forgotten, forced to live in nursing homes. Tragically, others were living on the streets or in homeless shelters. And finally, he witnessed the widespread loneliness, depression, failed relationships, extensive drug and alcohol use and abuse, physical and emotional abuse, and in some case suicides within this disability population. It was clearly apparent that changes needed to be made, and Ed knew from his own life successes that affordable wheelchair accessible housing was the key to where positive change begins. Something different, something innovative and extraordinary needed to be done!

Ed knows how lucky he has been because he’s seen in others his own fate had he not found that first apartment, and he knows that others in his position won’t experience the same good fortune unless a change takes place. He also knows that the major difference between his life and others, whom he has witnessed struggling, can be summed up in one word: opportunity. People in his life provided him with such, and he plans to provide the same for others.

Access For Opportunity has been developing in Ed’s head for three decades, and it’s time to bring it to fruition. In addition to providing affordable, wheelchair accessible housing for people in need, Ed is determined to also provide reliable transportation, job opportunities and job training and a sense of community some people living with disabilities have never known.

Ed believes that if you give people with disabilities the chance to play on a level field where all the social, economic and physical barriers are removed, they will shine. All they need is that opportunity.

Ed and his wife Lisa live in Salisbury, Massachusetts. Together they have two grown sons and six grandchildren.
In addition to his work with Access For Opportunity, he is also a Life Coach with a Master Coach certification.

Read what others are saying about Access for Opportunity.

Your generous, tax deductible donation to Access for Opportunity will make a life-changing difference.
AFO is a tax-exempt 501(c)(3) nonprofit organization.